Learn why setting real estate goals that are big and bold can help you break through your limiting beliefs and achieve the life you want. Hear insights about:

Euan Graham is a real estate agent who was named the 2011 Denver Metro Rookie of the Year. Euan is also a respected influencer in the real estate industry, a mentor and thought leader, and a true innovator. He was also the very first guest I ever had on the Pursuing Freedom podcast, all the way back in episode one! Euan is originally from Galashiels, Scotland, but he now lives in Colorado with his wife. Euan has an incredible passion for serving others. Coupled with his fearlessness, Euan found tremendous success when he began his career in real estate in 2010, even in the midst of the recession. He did this by setting real estate goals that were big, lofty and brazen! In his encore visit to Pursuing Freedom, Euan shares how his goals have evolved with his career, and he explains why he charts his success not in properties sold but in serving others and making a difference in people’s lives.

My friend Euan is an extraordinary person who believes in diving in head first, without allowing fears of failure to hold him back. This mindset is powerful and has served him well in his career, and he has been able to achieve amazing things because he focuses not on the potential to fail but on bringing value to everyone in his life, from his clients to his family and friends. That passion, fearlessness and laser-focus allowed Euan to move to a new country, build a new life and new career, and thrive.

Euan has reached another transition period in his career, one in which he is ready to “get off the treadmill” and begin focusing not on more work but on more fulfilling work. He has begun the transition toward thought leadership and mentoring other agents and focusing on doing the things he wants to do rather than feeling as though he needs to take on any work that comes his way. Euan says his ambition is to focus on what makes him feel fulfilled by maximizing the impact he has on the lives of others. By following his passion and setting real estate goals that aren’t about chasing numbers but are about serving others to the maximum of his ability, Euan is shifting his focus toward making a lasting difference.

As Euan said during his interview, his goal is to avoid being stuck and unable to retire. By surrounding himself with the right people and by building a reputation for giving his all to the people he serves, Euan is able to make this transition with confidence and pursue his freedom. How powerful is that? I’m honored to have such an amazing friend in Eua Graham, and I think we can all learn from the important life lessons Euan has recognized over the course of his career. 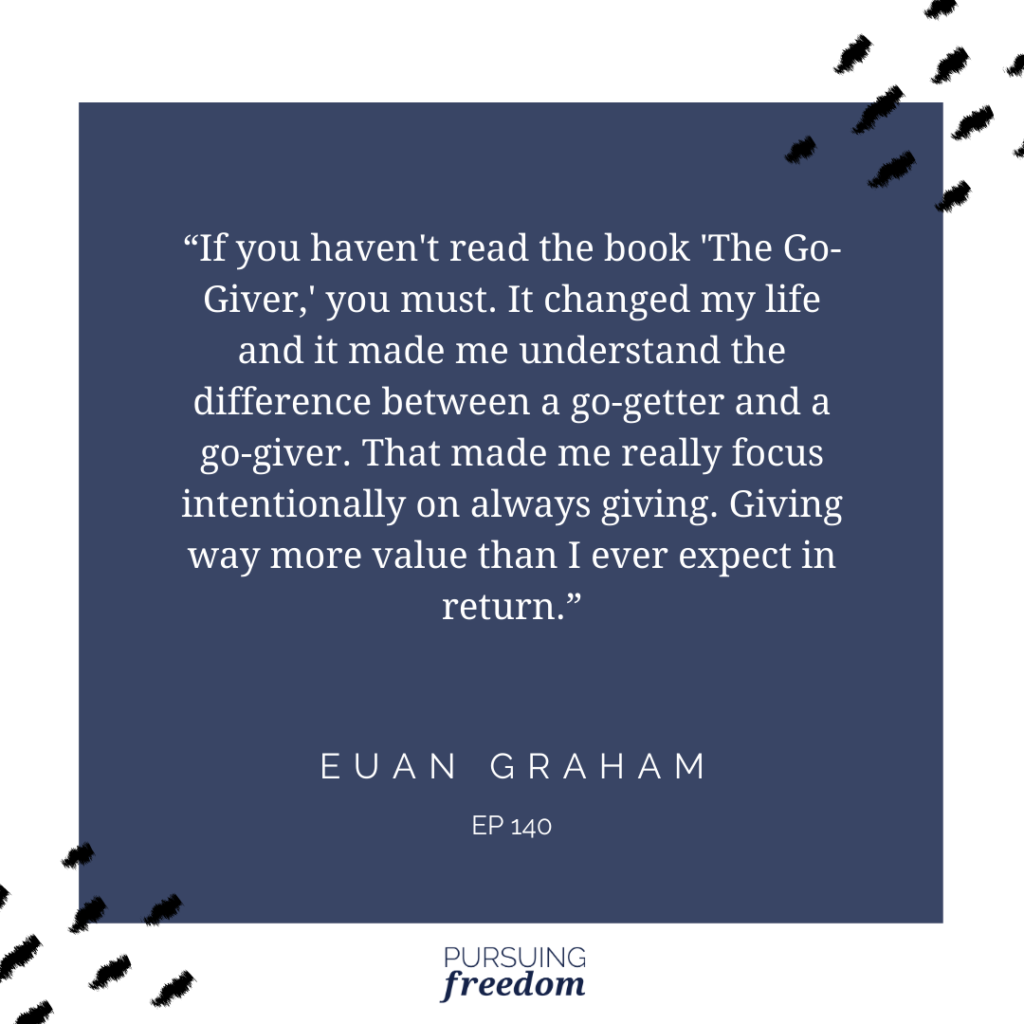 Originally from Galashiels, Scotland, Euan moved to Colorado in 2008 with his wife Mia. They are now established in the great community of Beacon Point in southeast Aurora with their daughter, Isla, and son, Finlay.

As Denver Metro Association of Realtors 2019-2020 Chairman, his many volunteer responsibilities include traveling and representing the Denver Metro Area, as well as staying on top of real estate legislation at the capitol. Named the 2011 Denver Metro Rookie of the Year, Euan has been extremely successful in the Colorado real estate market. He is a respected industry influencer, innovator, thought leader and mentor.

His entrepreneurial spirit, networking skills, and negotiation techniques have helped him build his reputation. Euan prides himself on building strong relationships in order to provide the highest level of service to his clients. He operates with great honesty and integrity and strives to always find the most advantageous terms for his customers. Whether you’re looking to buy, sell, or invest in the Denver Metro real estate market, Euan will always go the extra mile to ensure your satisfaction.

How to Connect With Euan Graham