House Hack Your Way to Financial Independence, with Craig Curelop

Top Real Estate Teams: What You Will Learn:

I am excited to introduce you to Craig Curelop, successful Realtor, and financially independent real estate investor. Craig cut his teeth in real estate investing at a young age, by leveraging the “house hacking” strategy, a means of living ‘cost free’ in a property you own, by renting out rooms in the home. Before Craig discovered house hacking, he was working over one hundred hours each week, doing a job he hated, for a manager he didn’t get along with! He lived in the heart of Silicon Valley, so after the burnout set in, the Valley’s startup scene seemed like the next logical move. But startups are volatile—Craig wanted to find a career that would grant him financial independence and consistent, reliable cash flow so he could achieve the time and financial freedom he was after. It didn’t take him long to realize that real estate was the perfect vehicle to accomplish this!

“If I can use house hacking to achieve financial independence this quickly, I know I can help other people do it too.”

Paving a Path to Freedom

House hacking is an investment strategy that has enabled Craig Curelop to achieve financial independence at just twenty-seven years old. He currently has three investment properties in the Denver metro area and three single-family homes in North Carolina! But Craig isn’t interested in paving the path to freedom for himself alone. As a licensed realtor, he is now focused on helping his clients write their own real estate success story, using the same house hacking strategy. If you remember our episode with Scott Trench, it will come as no surprise that Craig got his start with BiggerPockets. Working for them, Craig used his income to put money down on his first property, and he used the cash flow from the property to live for free. Now, just a few short years later, Scott has a total of eight doors in two states!

Craig has branded himself as a house hacking expert and it has brought him tons of new leads, both as an investor and an agent. He operates with the philosophy that you should provide value and expect nothing in return, which has attracted enough business to put him on par with his goal of closing 30-40 transactions this year! There are unique challenges associated with investing in out-of-state markets, but with the right resources, none of them are too steep to overcome. Craig is currently trying to set his out-of-state properties up with tenants to generate another stream of revenue, and if all goes well, he plans to buy three properties per quarter in the coming year! 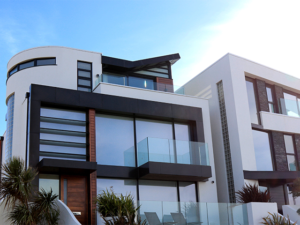 Photo by Expect Best from Pexels

How to Connect With Craig Curelop: